Brexit and the haulage sector

How are logistics firms and other road transport operators adapting
to comply with regulatory changes before and after Brexit?

How are logistics firms and other road transport operators adapting to comply with regulatory changes before and after Brexit?

With Coronavirus having reared its head in the UK in Q1 of 2020 and its various consequences from social distancing to regional tiers and lockdowns continuing to be felt since, Q4 has arrived somewhat too rapidly in the eyes of many businesses and organisations, particularly with the small matter of Brexit just a couple of months away. Regardless of people’s and indeed entities’ political persuasions, Britain exiting the European Union (EU) was always unarguably and inevitably going to pose challenges and cause initial disruptions but, on the flipside, create opportunities.

The road haulage, transport, logistics and warehousing sector was certainly put under the spotlight in a favourable way due to the crucial role its multifaceted members play in keeping shelves stocked, medical and PPE supplies replenished and much more than a semblance of normality maintained when the going seems particularly tough.

Leading manufacturer Tiger Trailers looks at the latest state of play when it comes to legislative, practical, technological and other steps that various road transport organisations will need to take leading up to and in the immediate wake of Brexit at midnight on New Year’s Eve’. 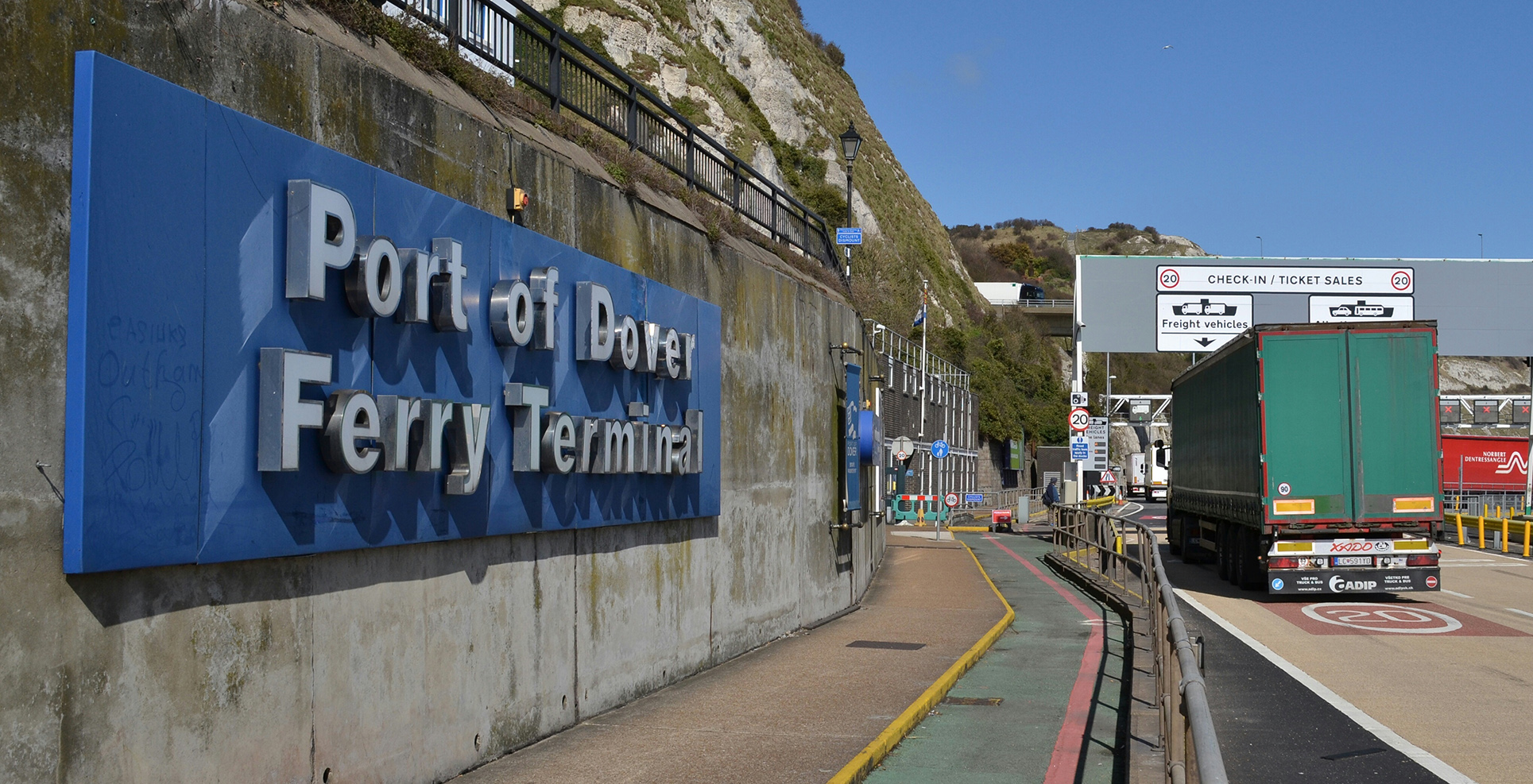 Conceding that a deal is looking unlikely, the Road Haulage Association (RHA) pragmatically acknowledges that extra administrative processes will be placed on operators in terms of the movement of goods between Britain and the EU and has, in response to identifying that a sizeable and concerning 63% of hauliers feel they are unprepared, launched its own Customs Brokerage1 service. With HMRC anticipating a fourfold increase in annual customs transactions, any extra tools and support are to be welcomed. The RHA’s brokerage service will initially be Ro-Ro focussed and will aid operators in understanding forthcoming changes2 including but not limited to:

Frustratingly and perhaps unsurprisingly, Motor Transport reported3 at the close of October that the Association of Freight Software Suppliers (AFSS) has warned that the government’s Brexit freight software, intended to reduce time caught up in border checks, runs the risk of being delayed and missing the January 1st deadline. HMRC reportedly has contingency plans in place but the RHA and Logistics UK (formerly the Freight Transport Association (FTA)) are both concerned firstly in terms of the software’s potential delay and secondly the impact that even a brief period of time-consuming border waits could have on hauliers, the latter explaining that “logistics operators currently work on very low margins and would not be able to absorb significant additional costs.”

The gov.uk website4 is updated fairly regularly with advice, guidance and other information, and as things currently stand, the Community Licence that operators are familiar with will be replaced by a ‘UK Licence for the Community’ for travel between and in the EU along with Iceland, Liechtenstein and Norway, effective January 1st 2021. International hauliers will still have to maintain a standard international operator licence.

European Conference of Ministers of Transport (ECMT) international road haulage permits may still be required for driving goods, empty trailers or indeed just a truck unit through the EU to just over a dozen external countries including Albania and Russia, but Cyprus doesn’t come under ECMT regulations. The government is currently advising logistics firms to apply as a precautionary step, and ECMT application eligibility involves possessing a vehicle operator licence for Great Britain or Northern Ireland and the vehicle(s) being Euro VI or Euro V compliant. Receiving a ECMT permit doesn’t allow cabotage activities, although it’s worth noting that the transportation of broken vehicles, specialist livestock vehicles, parts for aircraft and ships plus the movement of trade fair exhibition stands are examples of ECMT exempt transport according to the official user guide5.

Trailers with weights exceeding 750kg and commercial trailers over 3.5t must be registered at £26 each to take outside Great Britain and Northern Ireland, and a GB sticker must be displayed on the rear of all trailers and truck units, while abnormal load trailers will require a keeper’s certificate.

An ECMT ‘Certificate of Compliance (of a trailer)’ must be kept inside the vehicle, which is why Tiger Trailers often incorporates document holders or wallets into customers’ designs and build specifications. Certificates have been provided and administered by the International Transport Forum since January 1st 2014 and many of Tiger Trailers’ customers have adopted their usage since that time. A typical ECMT CoC begins by stating a description of the trailer followed by its unique VIN or chassis number, proceeded by the name and address of the manufacturer or other entity confirming that it complies with UNECE regulations and/or EU directives. It’s prudent to provide translations of the certificate in common European and indeed global languages such as French, German and Spanish, to keep alongside the original English version.

Operators with fleet insurance will need to ensure that drivers carry a green card covering each vehicle they may regularly drive, and a separate green card is required for trailers, too, along with unique insurance in some EU countries.

Unaccompanied trailers and semi-trailers aren’t covered by issued ECMT permits and nor are vehicles that don’t meet the aforementioned emissions standards.

Forty-five ‘information and advice sites’ will be set up across the UK during November6, providing hauliers and others with in-person support on documents, applications and other administrative requirements, presumably with social distancing in place amid the second Covid-19 lockdown. Additionally, the Department for Transport (DfT) is publishing an information handbook, translated into over a dozen languages, to aid operators during the final weeks of the Brexit transition period.

The ECMT permit application window7 opened on November 2nd and is set to close on November 20th, although this may be perceived as rather too short so will hopefully be extended in an empathetic move to reflect the difficult position Coronavirus restrictions have currently placed on the UK.

Operation Brock, a plan put in standby mode by the government to manage lorry queues approaching the Short Straits in Kent and which entails a mandatory Kent Access Permit (KAP) otherwise risking a £300 fine, will enable seafood suppliers and firms transporting day-old chicks to bypass the potential tailbacks, but The Grocer8 reports that meat processors and transporters are concerned that the possible need to freeze all exports may devalue British meat products. However, it could be argued that ever-popular lamb from New Zealand, for example, doesn’t arrive in the UK in a fresh9, refrigerated state anyway, but this hasn’t impacted the nation’s taste for it.

The website ‘Fleet Transport’10 reports the DfT as having asserted that ‘any delays will be due in part to low levels of border readiness among traders and the haulage industry, leading to significant numbers of trucks being stopped by the French authorities’, which could partly be viewed as passing the buck but does contain an element of truth. Encouragingly the logistics and commercial vehicle communities on LinkedIn certainly seem switched on regarding Brexit preparedness. 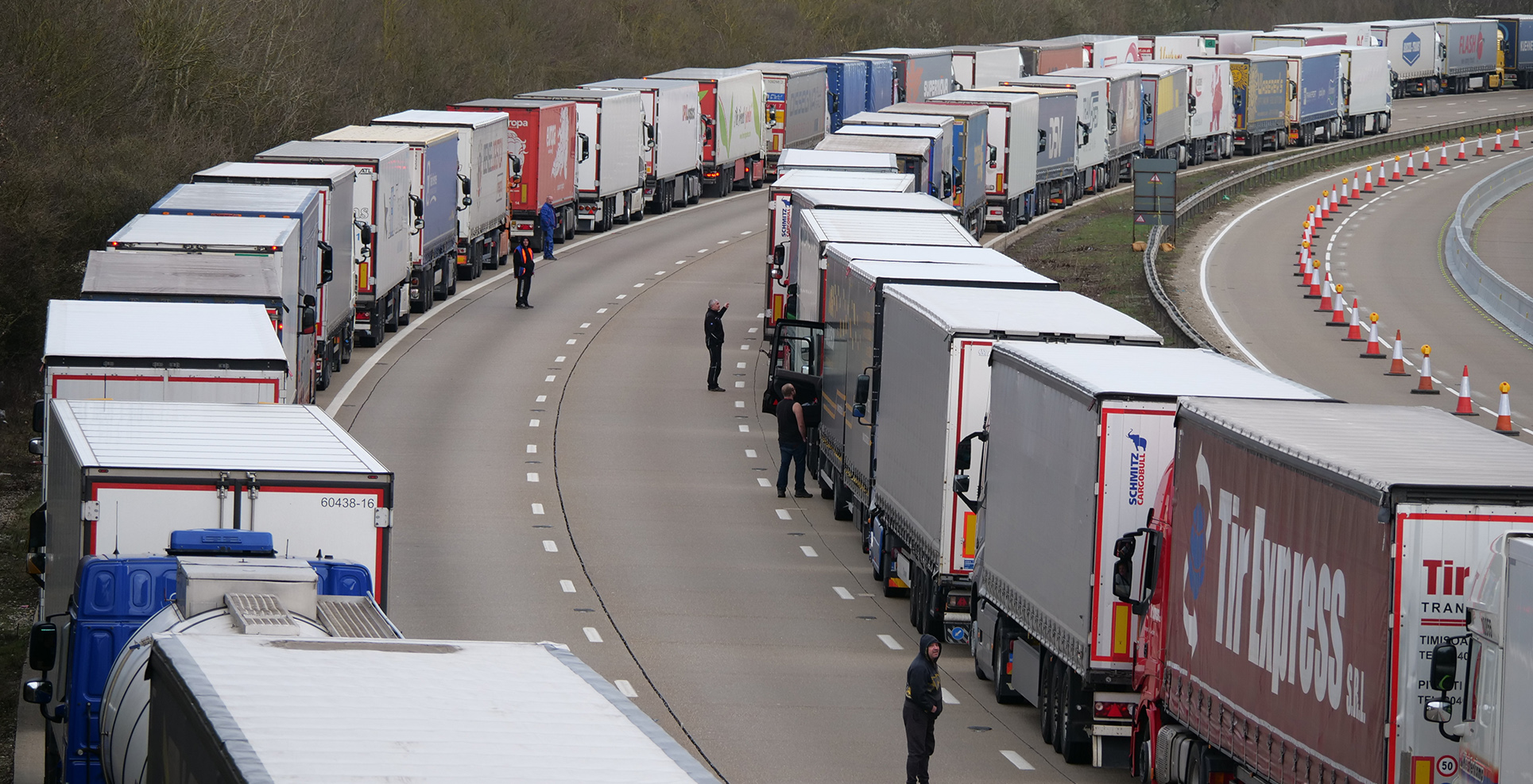 If the government fails to reach a deal with the EU, it will inevitably have initially detrimental effects on the British economy, Logistics UK for example warning of a £240m surcharge on truck units bought and imported in from the EU, along with 4% tariffs on HGV spares and tyres. The organisation’s chief executive, David Wells, told Global Cold Chain News11 that such additional sums placed on a sector that typically operates on a circa 2% margin “will inevitably be passed on to the consumer in higher prices.”

Fleet Transport rightly identifies the three primary freight flows that would be affected by a no-deal Brexit as products moving between the UK and EU and vice versa and those originating outside the EU before travelling through the UK and on into Europe.

Moves to mitigate the impact of a Brexit deal let alone a no-deal scenario are to be welcomed, such as the government’s staged approach to introducing border controls, with deferral of up to six months permitted for UK businesses importing everyday goods from the Continent, while checks for perishable foodstuffs won’t begin until April.

The last twelve months have shown just now innovative and resilient businesses, communities and individuals can be when faced with adversity, and it’s not uncommon for last-minute concessions to be made, so there still the chance of a Brexit deal as long as the transition period remains open.

While much of the logistics industry’s focus is currently on Brexit preparations, other changes are also on the horizon, a notable example being the introduction of the Direct Vision Standard (DVS) and its HGV Safety Permit, which have fortunately been postponed12 from October 2020 to March 2021 in light of the pandemic. Intended to make the area’s roads safer for cyclists and pedestrians who are obviously relatively more vulnerable, the Direct Vision Standard will involve OEM truck manufacturers from the likes of DAF, Mercedes, Scania and Volvo providing a star rating of between one and five, in ascending order of merit, to communicate how well the driver is able to see directly out of the cab’s front and side windows and, conversely, how high or low the risk the vehicle poses to vulnerable road users.

While the DVS and accompanying HGV Safety Permit only initially apply to fleets operating one or more vehicles over 12-tonnes and within the M25 area13, it’s perhaps inevitable that it or a similar safety standard will be rolled out across the UK eventually, and it’s important that transport managers don’t take their eyes off the ball due to Brexit.

Haulage firms, logistics providers and other HGV-operating organisations are clearly faced with equal measures of additional administration, uncertainty and new standards to meet over the coming months and years, with the imminent end of the Brexit transition period feeling understandably ominous for some. The pandemic that unexpectedly came along in 2020 has shown that people, communities and organisations can adapt quickly, though, and the logistics sector is renowned for its spirit of working together, so it’s hoped that the UK will eventually be able to reflect on this period having reached a new place of prosperity and predictability.

Tiger Trailers' website utilises a very small number of cookies to enable us to deliver the best experience to visitors. You can find out more about which cookies we are using, or switch them off, by going to settings.

Tiger Trailers' website utilises a very small number of cookies to enable us to deliver the best experience to visitors.

Cookie information is stored in your browser and performs functions such as recognising you when you return to our website and helping our team to understand which sections of the website you find most interesting and useful.

Thank you for visiting our website and we hope you enjoy the experience.

This cookie is the one that enables you to set your own cookie preferences, so should be enabled at all times.

If you disable this cookie, you will not be able to save your preferences. This means that every time you visit this website you will need to enable or disable cookies again.

Choosing to enable these cookies is in your interests as well as ours. Thank you for visiting Tiger Trailers' website.